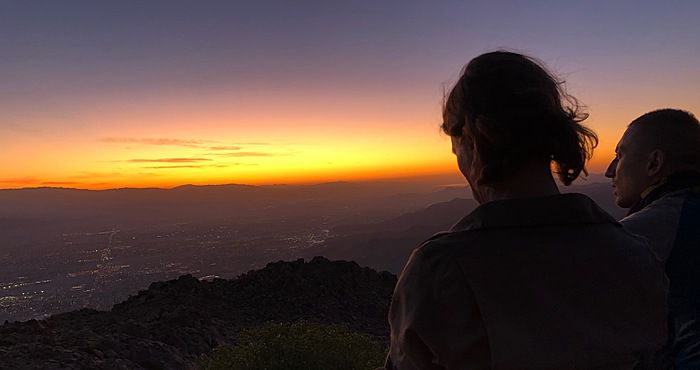 One of my goals for 2019 was hiking Mt. San Jacinto Peak starting from its base. The challenge is to ascend close to two vertical miles (10000’) in a single push. The difficulty of hikes is often gauged by total elevation gain and ten thousand feet is close to the upper limit of what’s topographically possible in the US. Though many peaks in the US are taller than San Jacinto, their trailheads also start at a higher elevation.

Adding to the mystique of the hike were remarks from climbing friends centering around “stupid” and “never again”. In April I also met someone who had survived a frigid December night in an outhouse near the summit after getting lost in snow during the descent. As the lease end date on my Los Angeles apartment loomed, I asked Ilona if she would be down for giving it a shot. 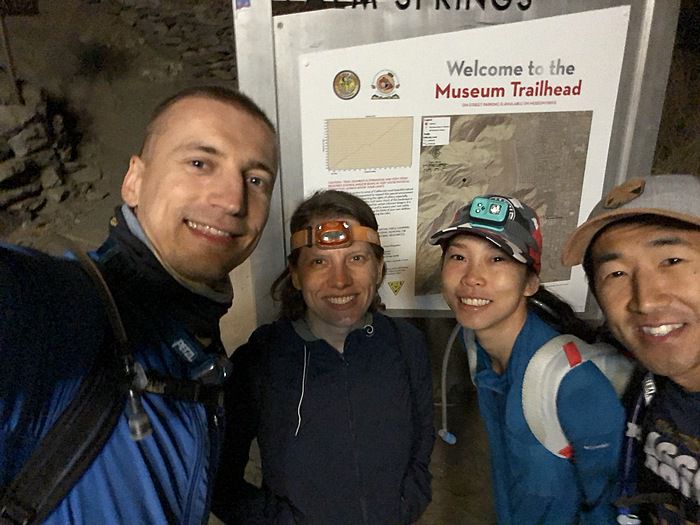 We set the date for October 20th, which is prime season due to the desert temperatures averaging below 100F and peak temperatures remaining above freezing and snow free. The trail starts near downtown Palm Springs (500’ elevation) and climbs steadily for 12 miles to a tram station at 8,400 feet. From there you can choose to abandon your quest, taking the cable car down to Palm Springs, or continue up for another 6 miles to the 10,834 foot summit. From the summit, you backtrack those 6 miles and take the tram to the base. 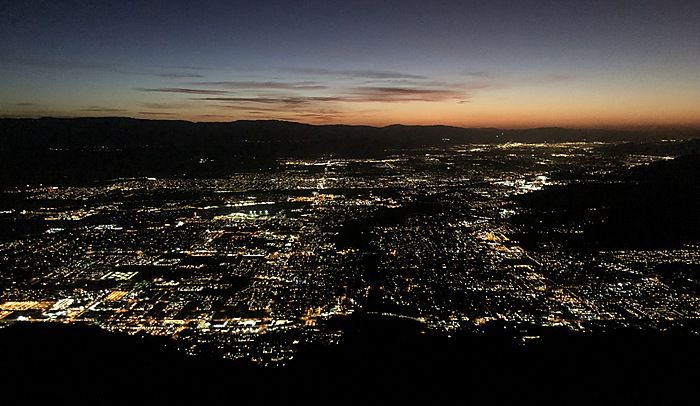 I was a bit hesitant to invite others on this slog, but Amy had just successfully completed Half Dome and she invited Seila who had recently hauled a 50 pound pack around Mt Whitney. My sister and I hadn’t done much hiking since June, but I felt we could all make it to the tram and bail if our leg muscles staged a rebellion. We drove out of Los Angeles on Saturday afternoon and camped at the Palm Springs KOA, 30 minutes from the trailhead.

We slept about 6 hours, woke up at 2:30 am, were on the road at 3 and at the trailhead by 3:30am. We steadily made our way uphill, guided by the light of our headlamps and maps.me. After an hour, the lights of Palm Springs spread out in the desert below us. We caught up with another group in the dark and realized that all of us had wandered off the trail. We backtracked to the missed turn and 30 minutes later we took a break to watch the sun rise over the Salton Sea. It was 7am. 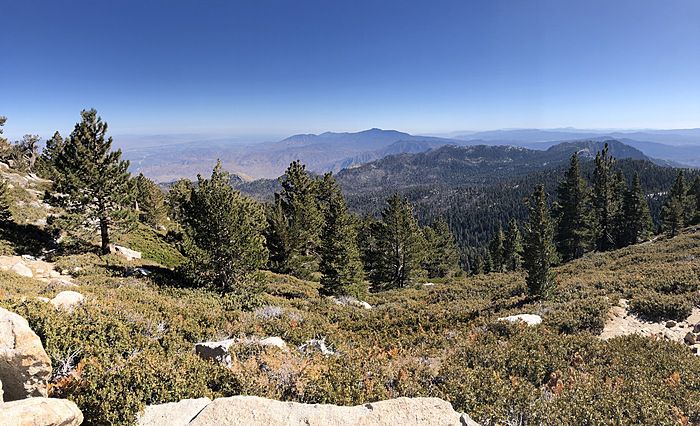 Just 3 miles from the summit

For the next 4 and a half hours we gained altitude steadily, shedding layers of atmosphere fast enough to keep the daytime temperatures bearable. We reached the tram around 11:30am and feasted (especially Seila) on the deck behind the tram station. The vegetation had now changed from desert shrubs to semi-dense forest, shielding us from the rays of the midday sun. After lunch we register our summit attempt at the ranger station and continued our way up. 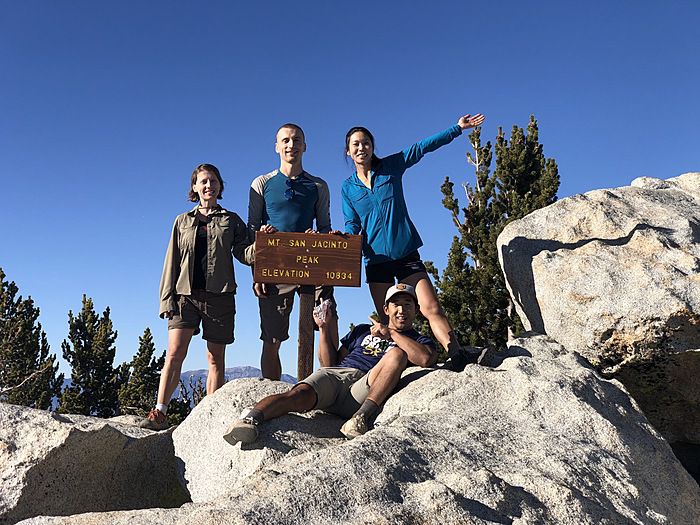 Summit shot. Seila’s so tired he can’t even stand!

We hit the summit three hours later, around 4pm. There was another couple there and we traded summit shots. Soon, the evening chill was starting to creep up on us, and we layered up for the descent. The last few miles were virtually silent as we were all likely nearing exhaustion and the dusk had stilled the air. Seila decided hiking wasn’t really his thing.

There were some nice pockets of fall foliage on the way down and it reminded me of autumn trails back in Wisconsin. It was dark when we finally reached the tram. As we rode the cable car down, the feeling of exhaustion quickly faded, replaced by a feeling of possibilities and the joy of memories that would last for a long time to come.

My sister often emails video attachments of my niece and nephew. Gmail provides a really sleek mechanism for viewing the attached videos without leaving the browser by playing them in an embedded YouTube player. However, at some point... Continue →