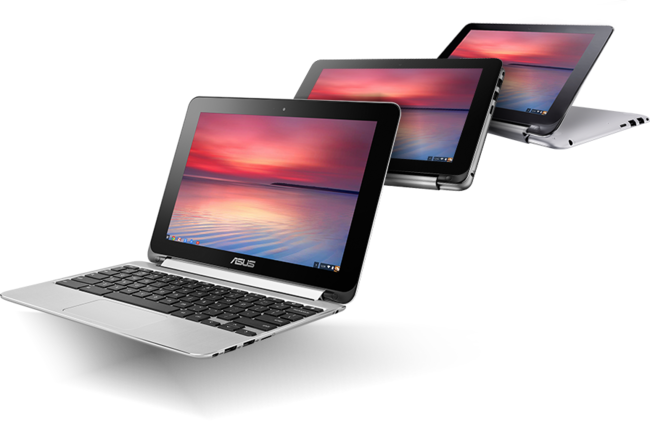 I bought an ASUS Chromebook Flip recently and it’s been a treat. The 4GB model sells for $279, but you can always find an “opened box” model on Amazon Warehouse deals for around $220. I guess some people are not thrilled with the Chromebook (browserallthethings) approach and send them back barely used. Their loss, your gain.

I’ve been looking at tablets for sometime, but could not find the winning tablet/keyboard combo. The desire is to be able to read articles/docs + watch movies comfortably, but be able to shoot off a lengthy email and write some code as well. The Chromebook Flip has a 360 degree hinge allowing it to act as a tablet and a traditional laptop as well. Win. It’s also light (less than a kg) and super thin (1.5cm).

The Flip is one of the few Chromebooks that runs on ARM making it very power efficient. No more sprints for the charger because battery < 2% several times a day. The Flip averages seven hours on a charge and pulls a minuscule 2W. It does 15 days on standby. I’m almost certain sticking a thin film solar panel on the cover will meet all its power needs. Carbon neutral computing anyone? 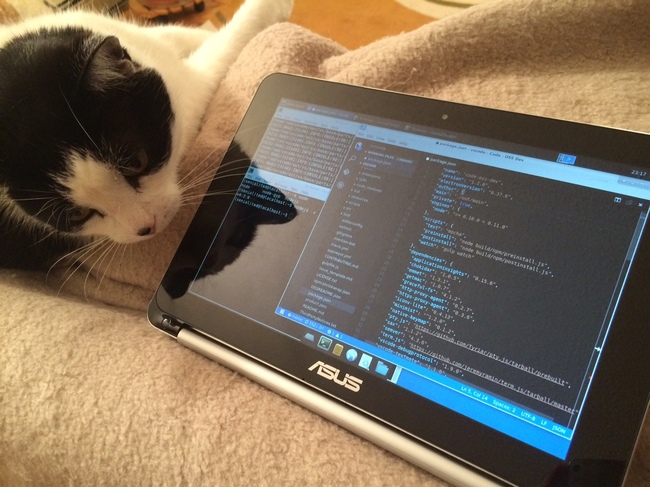 Most Chrome OS apps are not much more than packaged websites (although Spotify has been a treat). If you want more flexibility, Chromebooks can also run Linux alongside ChromeOS using Crouton. Crouton is a bit of black magic to me, but it’s simple to setup. Even unsupported versions of Ubuntu, like Xenial, seem to ‘just work’ out of the box. Okay, there is this one issue. 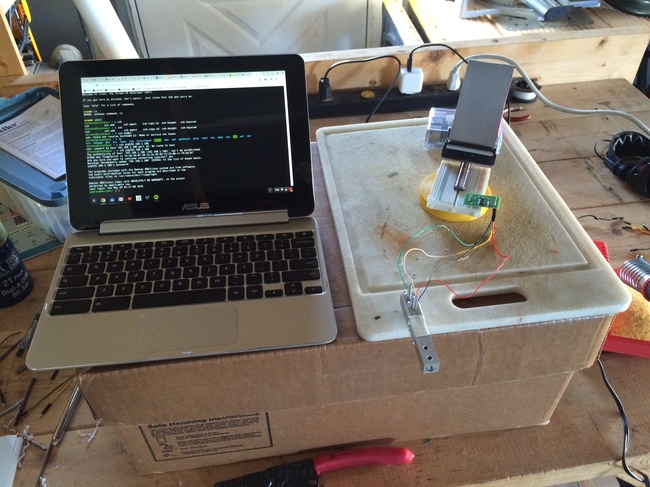 If you play around with Raspberry Pi’s, the Chromebook Flip’s mobility allows you to breadboard projects + write code anywhere. This is great because the Pi is not very useful sitting on your computer desk. The laptop’s metal enclosure is also very rugged. Other specs to call out are 16GB SSD, expandable via microSD card, two USB ports and mini HDMI out. WIFI + Bluetooth 4.0 for connectivity. Getting used to the Ctrl key location after using a Mac will be a pain.

I’m going abroad in a few weeks and planning to take this laptop anywhere I roam. All signs point to it being a worthy companion.

Disclaimer: currently in honeymoon period, laptop might not be as awesome as advertised.