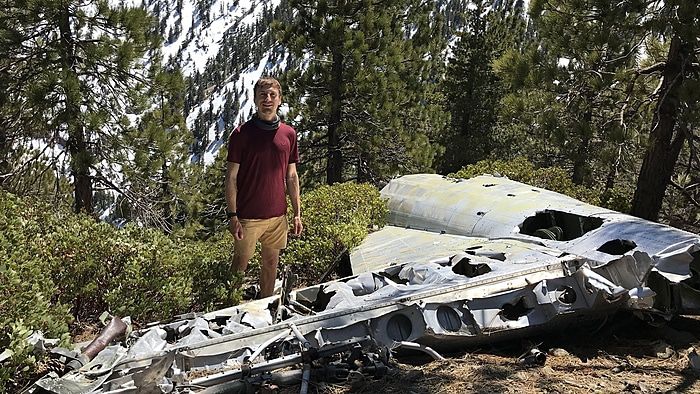 One of two C119 tail fins at the crash site

The oppressive summer heat (90+ degrees) hit Los Angeles this week. After two stuffy nights in the apartment I hatched a plan to abandon the city and head for the high altitude comfort of the Angeles forest. A few weeks back Wes mentioned an airplane crash site on the east slopes of Pallet Mountain and I wanted to see if I could find it. 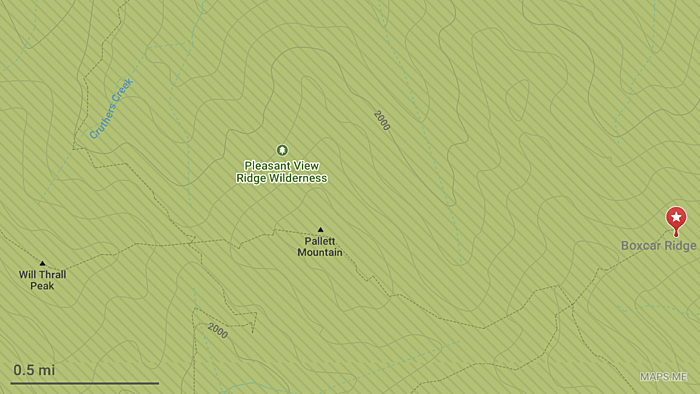 Ilona and I packed up in a rush after work on Friday and drove up Highway 2 just as the sun began to set. We arrived at Cloudburst Summit parking lot around 8:30pm. The air was calm and still relatively warm. A brilliant white sliver of moon hung overhead. In the darkness we descended a few miles into Cooper Canyon and found a secluded spot just off the PCT with a small stream flowing nearby. I took a wrong turn on the descent and it was close to 11pm by the time we set up camp. We passed out shortly after. 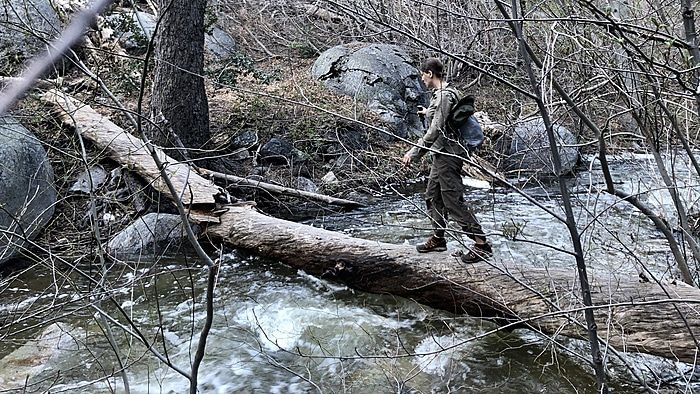 Ilona balancing her way across a river crossing

I got up at 6:30am to savor the start of the day. Nothing gets your body alert like unzipping your sleeping bag and letting the 40 degree air permeate your bones. I filtered some water from the creek (earthy with pine overtones), made Ilona a coffee and had some oatmeal for breakfast. We set out for Pallet Mountain at 8am. 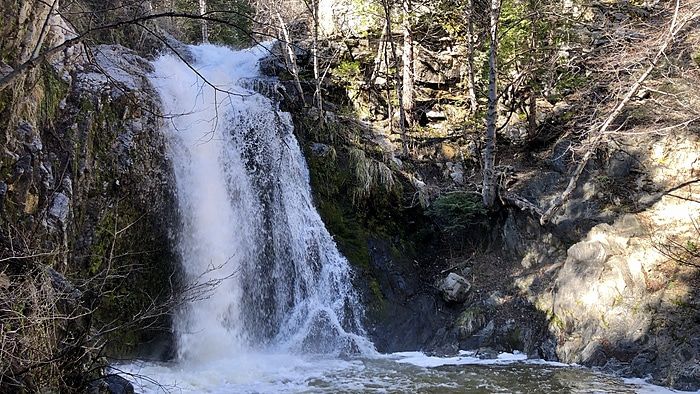 The north facing slopes are still decked with snow and Cooper Creek was swelling its banks as the day warmed up. At the first creek crossing we managed to find a log downstream and avoided having to ford. Next we took a short side trip and descended to the base of Cooper Canyon Falls in order to feel the full wrath of spring-snowmelt-powered mist blast us in the face. It was awesome. A short distance later we tightroped one more log across the river and started the gradual ascent to Burkhart Saddle. We arrived at the saddle just after 11am and enjoyed the sweeping views of the desert to the north. 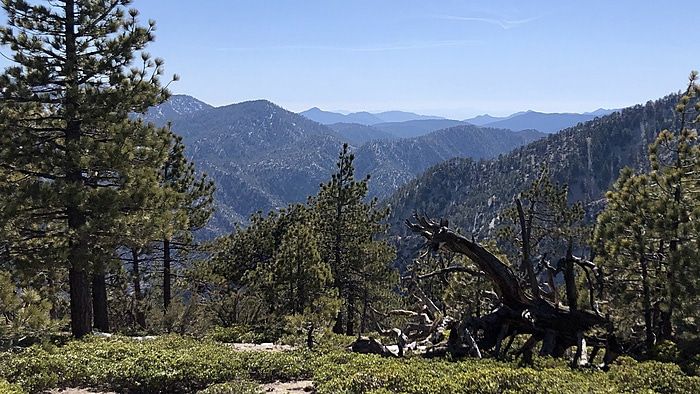 From the saddle we headed up the west ridge of Pallet Mountain, trying to follow the faintly used trail and encountering a decent amount of snow on the way up. I did a fair amount of Googling to find the coordinates of the plane crash but all I came across were vague references and comments made in passing. The most concrete information came from this historical account and a photo someone took of the phantom ridge. From the 7760’ summit, none of Pallet Mountain’s ridges resembled the crash site photos I had seen online. I was a bit lost. 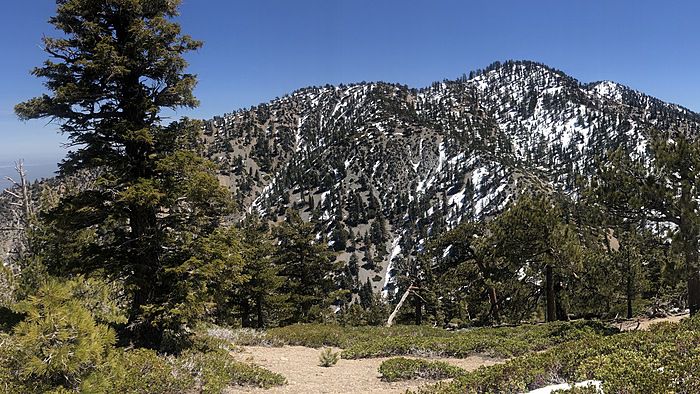 I decided to take another scan of the topo map and noticed that farther east, past another saddle was a ridge named Boxcar Ridge. For some reason the name sounded familiar and then I recalled that the C-199 military transport plane was often referred to as the flying box-car. It couldn’t be a coincidence. We decided to go for it and it took another hour to descend into the next saddle and climb back up onto Boxcar Ridge. For the final 30 minutes we carefully followed a barely perceptible trail on the steep, snowy eastern slope of Boxcar Ridge. 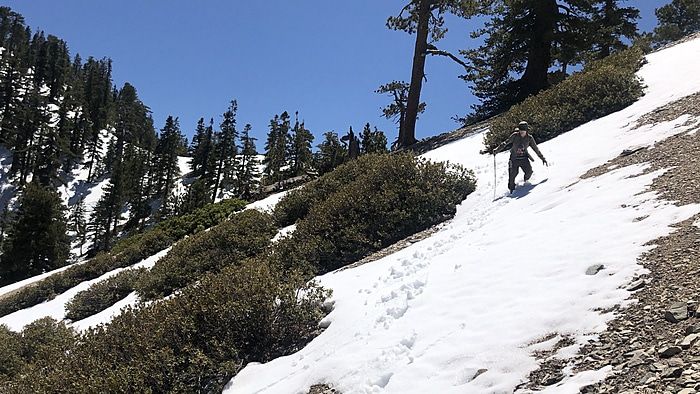 All of a sudden we stumbled on one of the tail sections of the plane. The body is made from aluminum and remains in good shape after over 60 years. Blades from the massive propellers were nearby and the ball bearings inside them looked almost brand new after so many years. Small debris was littered downhill and we descended the scree slope until we came upon one of the wings with landing gear intact (minus tire). I knew the engines were in a gully somewhere downhill but we were both too fried to try and locate them. 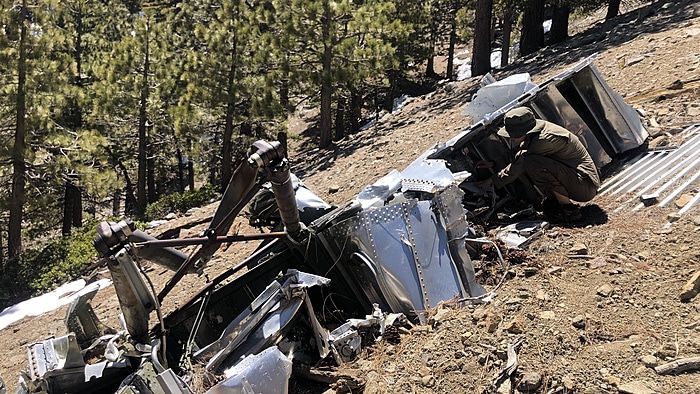 Ilona peering into the wing section

We found some shade and chowed down on avocado and cheese sandwiches, then procrastinated for a few minutes to postpose the grueling trip back to camp. We left the crash site at 3pm and walked steadily back to camp for the next 4 hours. At one of the river crossing I stripped down and submerged in the icy water. My body had been baking in the sun for over 10 hours and the sudden chill re-energized every muscle in my body. Fulfilled, we silently marched towards camp and arrived just past 7pm. 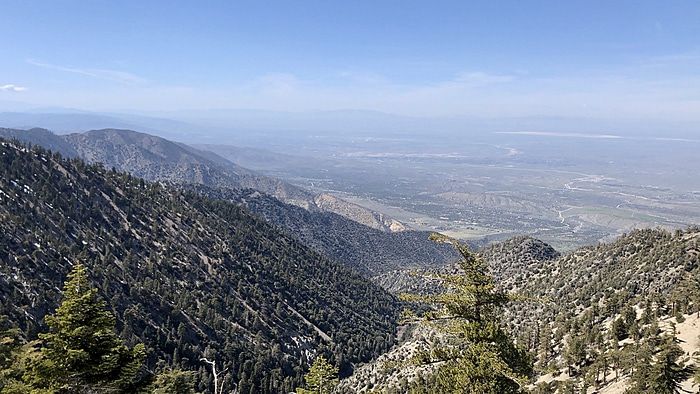 Sweeping views to the north on the hike out

My general conclusion is that the initial newspaper reports of the plane crash placed it on the wrong mountain. Even though Boxcar Ridge is close to Pallet Mountain, I believe that the ridge actually extends from the nearby Mount Williamson. It’s too late now to rewrite history, but I hope this blogpost at least helps others find their way.

Looking at the route from the parking lot This past weekend I completed my first “long” trad climb. Six pitches and 800 feet of climbing is more lead time than I’ve ever completed in a single day, so let’s celebrate Rated as 5.4 overall... Continue →