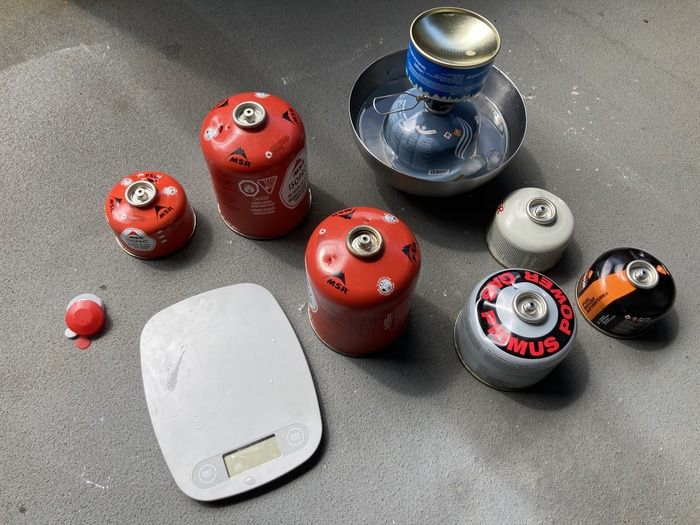 I have a hard time throwing things away and that can turn into a hoarding habit at times. For over 10 years I’ve been holding on to various isobutane fuel canisters in the hopes of burning that last bit of gas. So finally I purchased a refill valve on Amazon and decided to consolidate the gas into a single canister.

I punctured (swift blow with the pick of an ice axe) empty canisters to make sure all the gas was gone and weighed them:

Then I weighed full canisters: 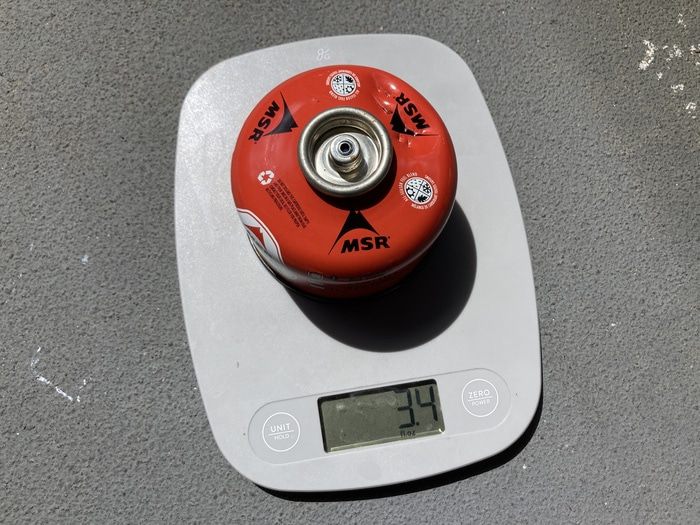 Now I knew when to stop transferring gas either because a canister was empty or a canister was full. (I should also say MSR does an excellent job putting gross/net weight on their canisters which aligns with these numbers)

Next I took an bowl, filled it with an ice cube tray’s worth of ice, placed the destination canister inside and filled it with water. There’s a natural area for air to get trapped under the canister causing it to float so make sure to let this air escape. I took the source canisters and put them all in the sun to heat them up so the gas would flow out of them better.

The valve I bought has good markings for in/out so I screwed it on as directed and then took turns emptying a canister until it got too cold. As a gas canister empties the canister cools down causing it to lose pressure. If a canister got too cold, I simply disconnected it and let it warm in the sun for a while. When canisters felt close to empty I would weigh them to see if there was any gas left. 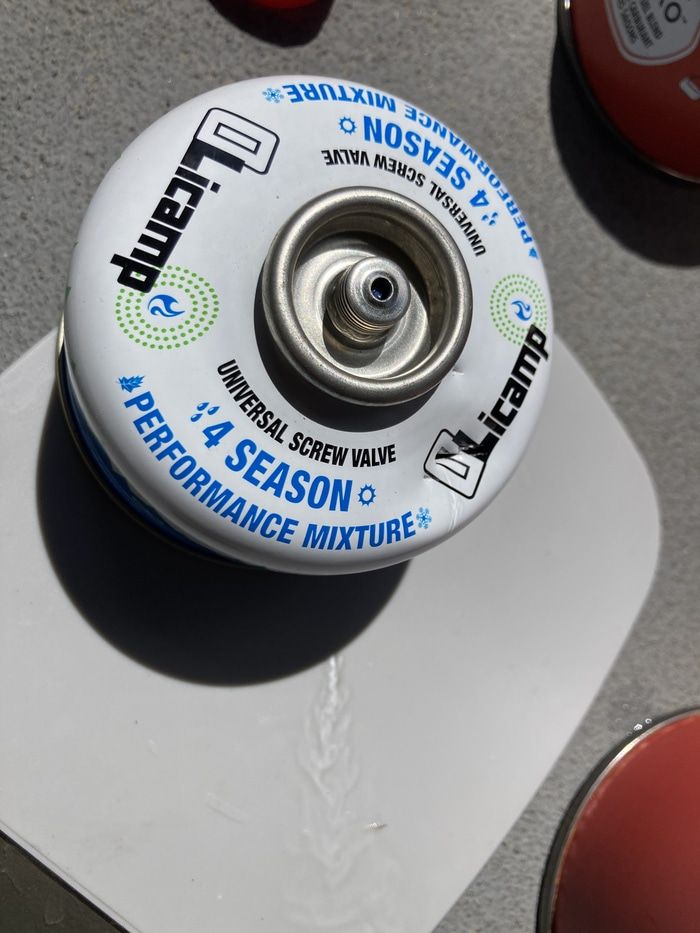 I could usually get to within 1oz of empty. Then I would puncture to can with an ice axe in order to recycle it. Even after the initial hiss, iso-butane will silently continue to leak out for a while (see photo). It’s important to be outside when puncturing canisters to avoid gas buildup.

I’m considering selling my first camper van so I’m going to write down some notes for posterity. The original build I bought the van from an electrician right after Covid restrictions went into place. Los Angeles would not be able to... Continue →